Europe. Discourses from the Frontier Edited by Anna Gąsior-Niemiec 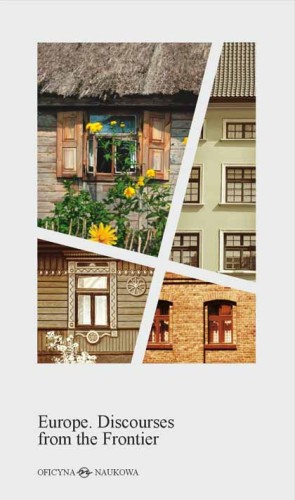 Etymologically, “frontier” can be related to “in front of” – that which lies ahead, between the subject and his or her horizon. Therefore everywhere outside the Self, and as far as the individual world-version stretches, is the “frontier”, which thus forms an essential part of Self-identification. Whereas territory is about spatial identity, and territorial space is defined, bounded by boundaries, the frontier can be seen as an indeterminate, open space. I have introduced the German term Fremde as translation of “frontier” as a means of analysing the relationship between Self and the “Other”. The frontier in this sense is outside one’s own personal space, but nevertheless located within a familiar horizon – otherwise it could not be recognised as such, and could not serve as a parameter of belonging (Ullrich Kockel, this volume)

The volume is a set of interesting studies that are aptly collected under the volume’s title, being especially accurately captured by the concept of “frontier”  whose meaning is richer than the Polish term ”granica”. Also, the other of the terms featuring in the title, namely “discourse” rightly serves to indicate the theoretical perspective and area that the chapters in the volume deal with. “Frontier”, as intended by the editor, is to signify not only borderlines in their territorial understanding, or borderlands, but also mental states of people who have been [...] confronted spatially or culturally with Others. Therefore, the volume's problematic includes issues [...] such as migration, neighbourhood and ethnic minorities. The remaining chapters produce interesting analyses of various factors in the result of which such social situations generate the  “frontier” experience, meaning  a kind of a barrier or resistance that trigger yet other social processes (from prof. dr hab. Józef  Niżnik's review)